Comparing CC’s to Bra Cup Size: How to Choose the Breast Implants Right for You

If you’re thinking about breast augmentation surgery, you’re not alone. This cosmetic procedure remains a popular one worldwide and shows no signs of slowing down. In fact, the most recent stats show that nearly 20,000 Australian women had breast augmentation surgery performed in 2016. According to Dr. Bernard Beldholm one of the most common questions he receives from patients interested in getting breast implants is:  “How many CCs are equal to a cup?” As a general rule of thumb, it takes about 150 to 200 CCs to increase a woman’s size by one cup. As you might guess, the higher the number, the larger the implant.

Cup Size is Subjective, Not Standard

But here’s where the problem comes into play. Just as shirts and pants sizes vary from company to company, bra cup sizes are also subjective. Unfortunately, there is no standardised method. That’s why women shouldn’t compare their desired breast size to the cup size of a bra. One woman might be a large A cup in one bra, a B cup in another, and a small C cup in a third one.

Coupled with the fact that many women don’t wear the correct size bra to begin with, cup size is not a good indicator of what a patient’s breast augmentation might look like following surgery. A patient’s version of what a D cup looks like may very well be different from what a surgeon envisions.

According to one consumer study, it’s estimated that almost 70% of Australian women are currently wearing the wrong size bra, and using a professional in-store fitter isn’t any guarantee of getting a well-fitting one either. An undercover operation conducted several years ago by consumer group CHOICE found that a large majority of bras chosen by professional fitters were 43 percent too small.

Because bra sizing can be confusing and downright frustrating, it’s impossible for cosmetic surgeons to guarantee a specific cup size–since sizes vary per country and manufacturer. Doctor Beldholm uses very specific measuring techniques to give patients the best results possible. We will talk about those measuring techniques further down in the article.

Download our guide: “How to choose the best breast impants”

A Brief History on Cup Size

Women have used a variety of garments to cover, restrain or enhance the appearance of their breasts over the course of history. The first modern bra was patented by Christine Hardt, a German woman, in 1889. It wasn’t until 1929, however, that Maidenform Brassiere Company debuted the cup system. A few years later, S H Camp & Co first advertised the cup lettering system in Corset and Underwear Review. This new bra measuring system correlated the ‘size and pendulousness’ of the breasts to just four letters– A, B, C and D. Adjustable bands and eye hooks were also added to these new bras. Before this, bras came in only small, medium or large sizes. Numbers for bra sizes were eventually introduced some time after World War II. Fast forward to today, and women now have tons of bra options as well as more bra sizes to choose from. 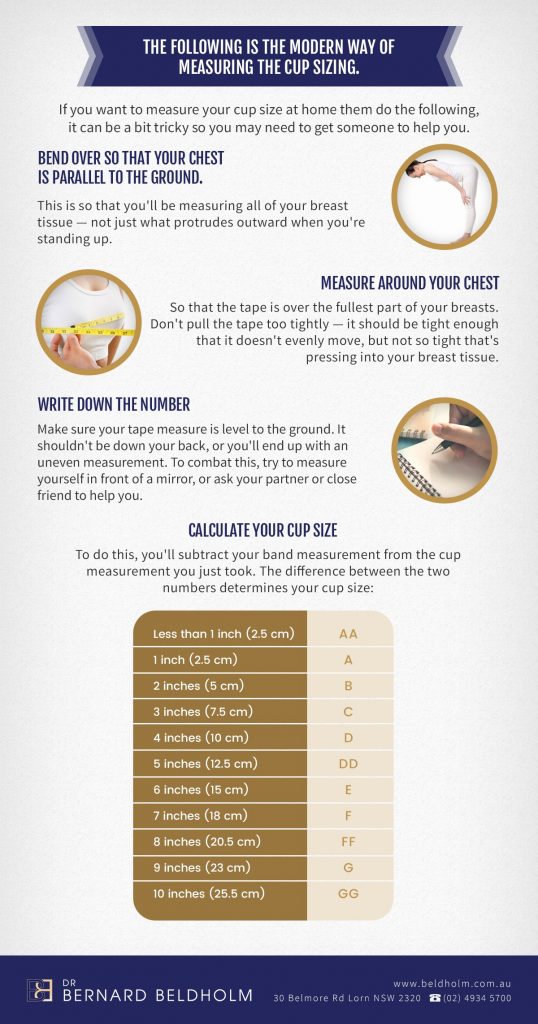 Despite the increase in choices, we dare say it’s made it even harder for women to pick the perfect bra size. Doctor Beldholm has seen many patients who’ve come into his practice wearing the wrong-sized bras. Some patients wear bras that have a lot of padding, dramatically changing the cup size. Some women post pregnancy have significant sagginess and wear bras that have cup sizes that are either too big because they are more comfortable with this or too small because they want to push up the breast tissue to create upper pole fullness. For patients interested in breast reduction surgery, they often wear bras that do not correctly reveal their true cup size.

Discomfort should be the first red flag that you are wearing the wrong bra size. But those aren’t the only signs to look for. Here are a few other clues that the bra you are wearing isn’t right for you:

If your bra straps keep falling down, consider tightening the straps. However, don’t tighten the straps to the point that they are digging into your skin. If your straps keep slipping even after you adjust them, consider going down a band size.

2. Your breasts spill over the top, bottom and sides of the bra

If your breasts can fit into the cups of your bra comfortably, it’s time to consider going up a larger size.

3. The center of your bra is lifted off your chest

The middle piece between the cups should sit flat on your rib cage. If there’s any space, your cup size is too small, and you should consider going up a size.

4. You have the “infamous” back bulge after putting on your bra

No, you didn’t instantly grown extra back fat after putting on your bra. It’s likely caused by your band size being too small or not wide enough. If that’s the case, consider going up a size.

Usually this is a sign that you are wearing a bra cup that is just too big for you. Considering going down a size.

6. Your breasts easily fall out of your bra

Your bra should easily secure your breasts and hold them in place. If they don’t, this could be a sign that your cup size is too large and you need to go down a size.

7. You suffer from “boob sweat”

This could be a sign that you’re wearing a bra made from a smothering fabric or it could just contain way too much padding.

8. Your band won’t stay put in the back.

The back of the bra should not ride up and the chest band should remain parallel to the floor when viewed from the back. The breasts should be supported primarily by the band around the rib cage. If it’s riding up in the back, it’s too big.

When finding the bra that bests fits your shape and size, measurements need to carefully be taken for both the cup size and band size. Measuring your band size should be pretty straightforward, right? Wrong! Just as cup size varies from manufacturer so does band size. For example, Victoria’s Secret suggests measuring above the breasts to determine band size: 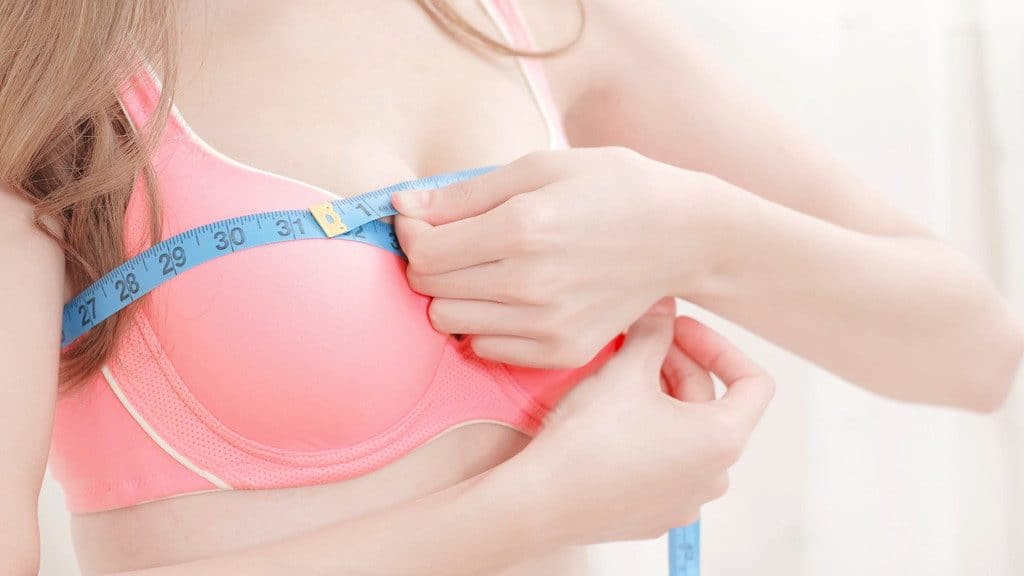 Meanwhile, most other bra manufacturers that we’ve looked into such as Berlei and Elle Macpherson recommend taking measuring under the breasts: 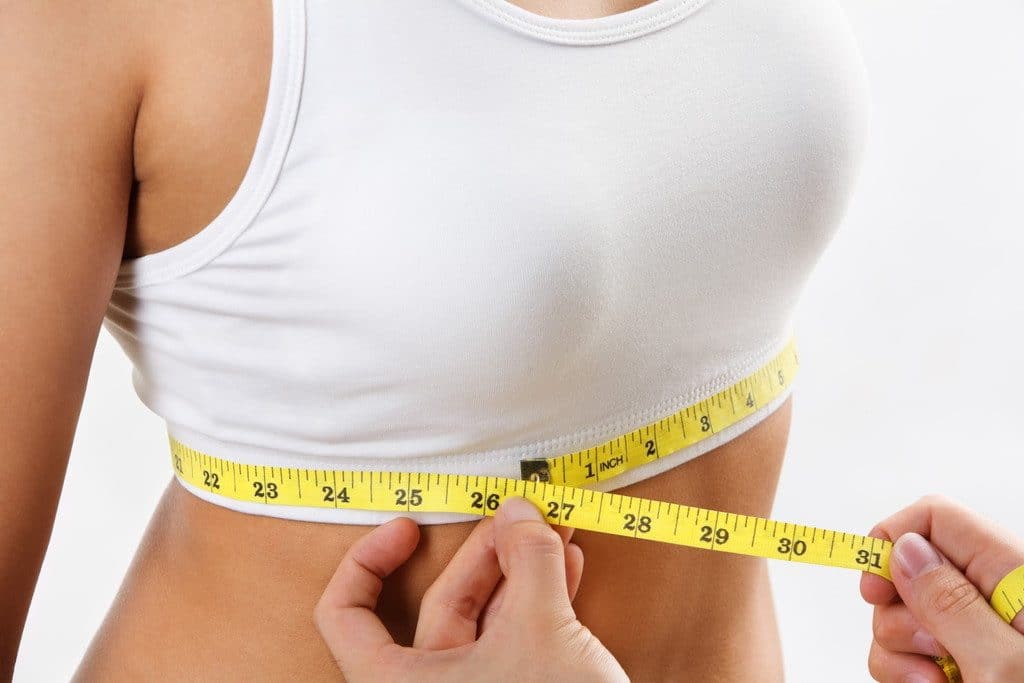 The confusion over which method to use to obtain your band measurement does not stop there, unfortunately. Once you obtained your measurement, there are multiple ways of using this measurement to actually obtain a band size! Yes, we know. This is rather time consuming–not to mention a bit annoying. There are 4 different methods for matching the actual band measure with a bra size:

The measurement in inches is then rounded to the nearest even number for the band size.

Start with the measurement taken underneath the bust. A sizing chart or calculator then uses this measurement to determine the band size.

This is the Victoria’s Secret way of measuring. Because band sizes are most commonly manufactured in even numbers, the wearer must round to the closest even number.

It’s important to mention that Australia and New Zealand cup and band sizes are in metric increases of 2 cm per cup. This is similar to many European brands. 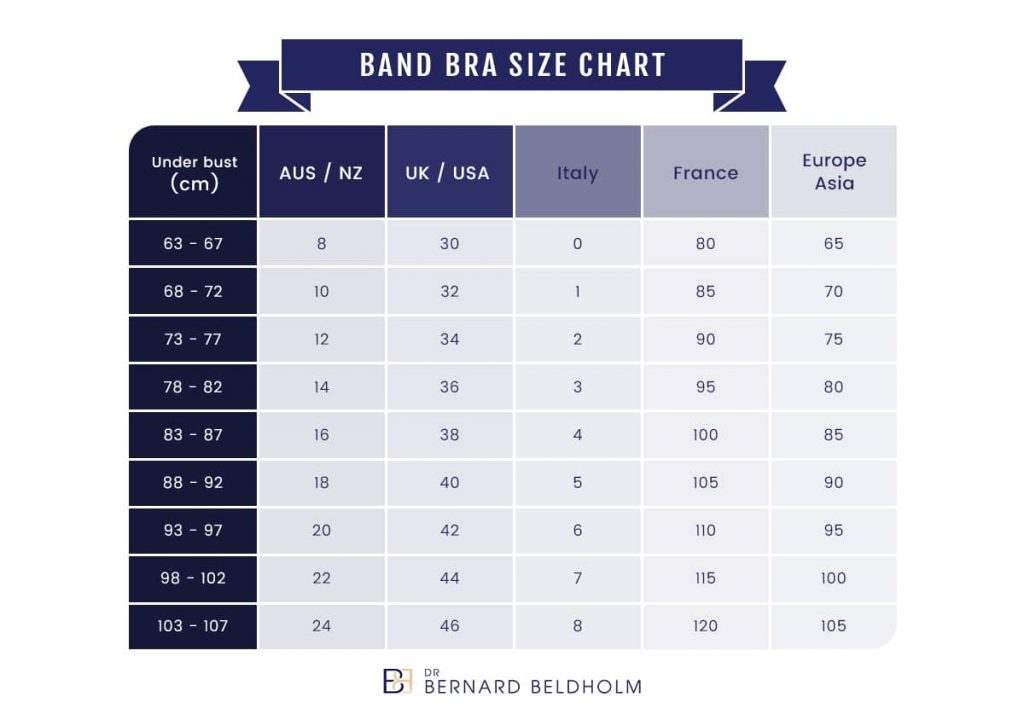 This chart shows the under bust measure and the corresponding sizing. As you can see, there is a wide range of different terminology and numbers. 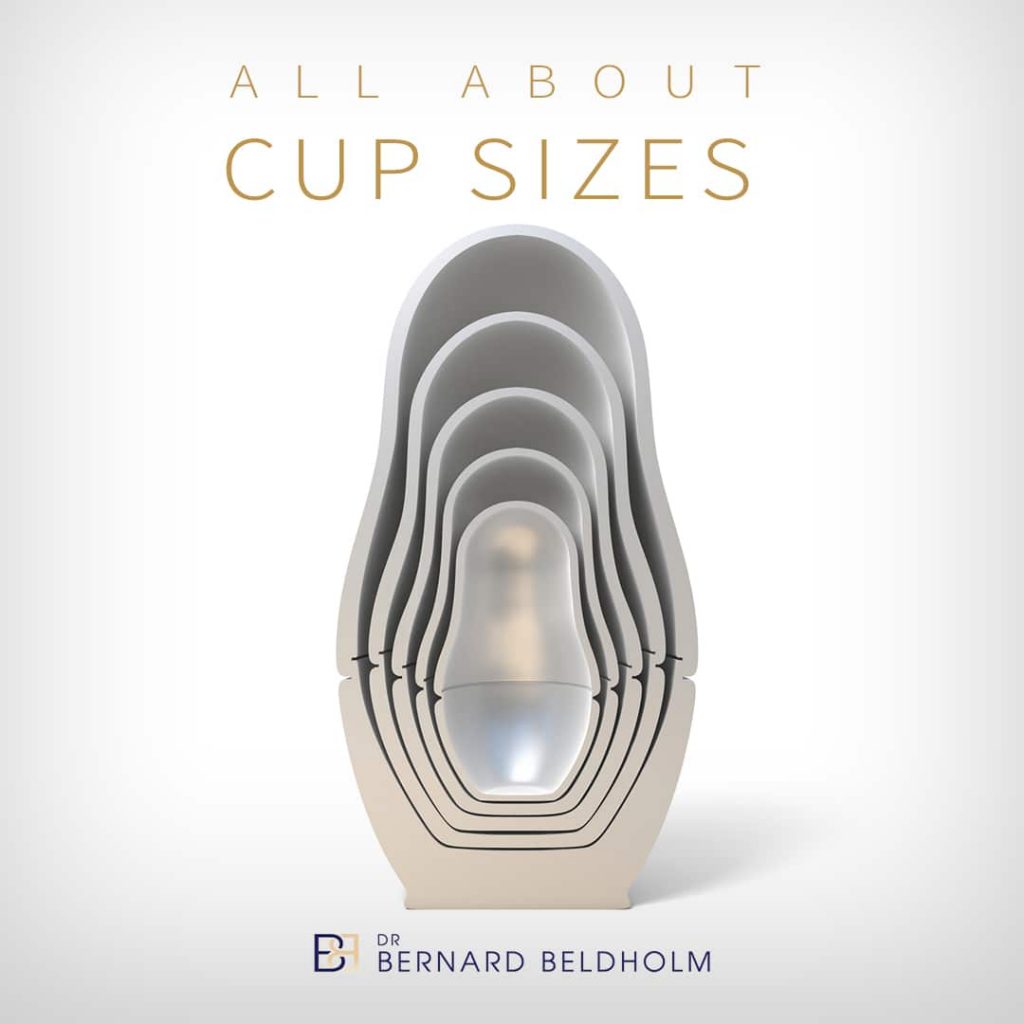 It is important to know that cup size is proportional to your band size. The bigger the band size the bigger the volume is in the cup. It is also important to understand that the great variation in measuring techniques for bra brands can produce a wide range of different cup sizes.

As with the band size there are many different ways to measure the cup size (as we’ve already mentioned above). However the more common way is to:

This method assumes that you are already in a correct fitted bra, without padding. If you are not wearing a bra when doing the measure then it only works if you do not have saggy breasts. Some bra fitters recommend that you bend over with the breasts facing the floor and then do the measure across the widest section of your breasts. Usually the nipple area. 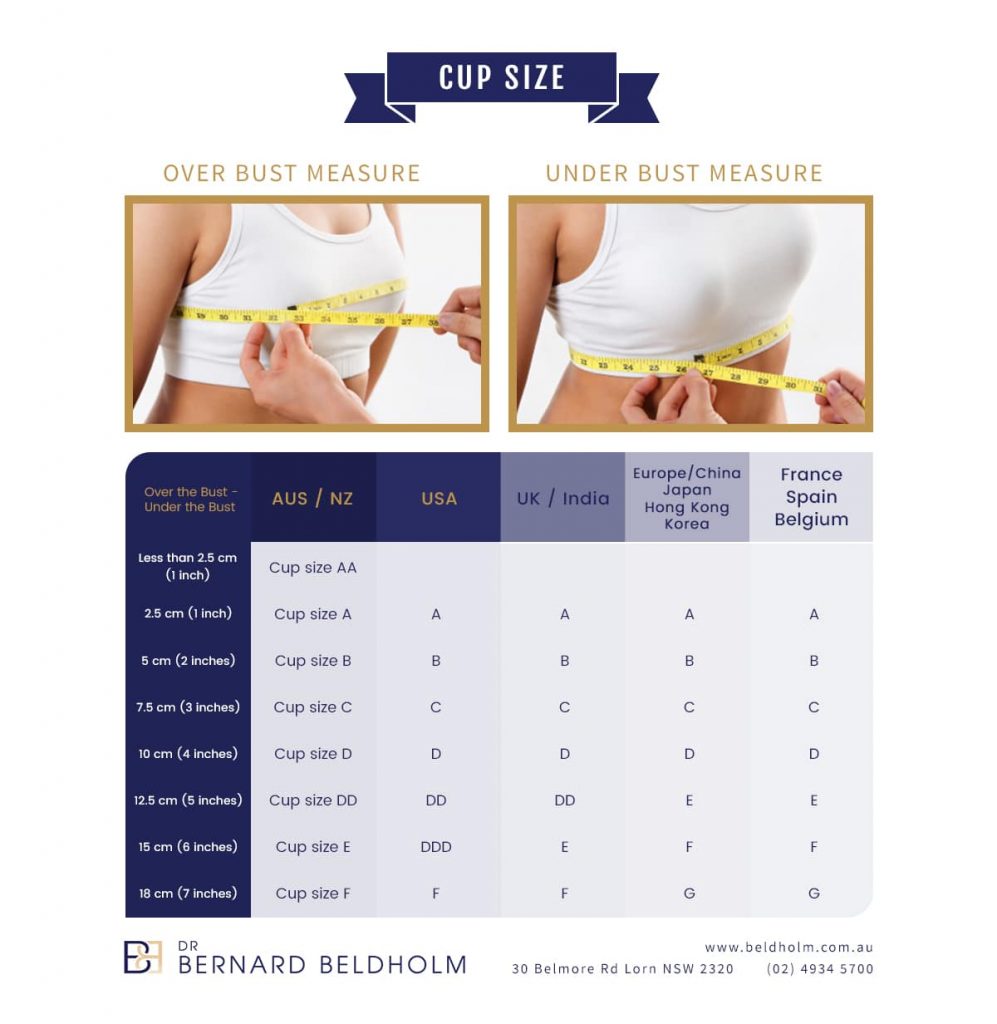 The difference between the underbra and the overbust measure is then the cup size. If you are lucky, you may get a cup size that actually fits you! However, you should try the bra on as even the most careful measurements will not be perfect. 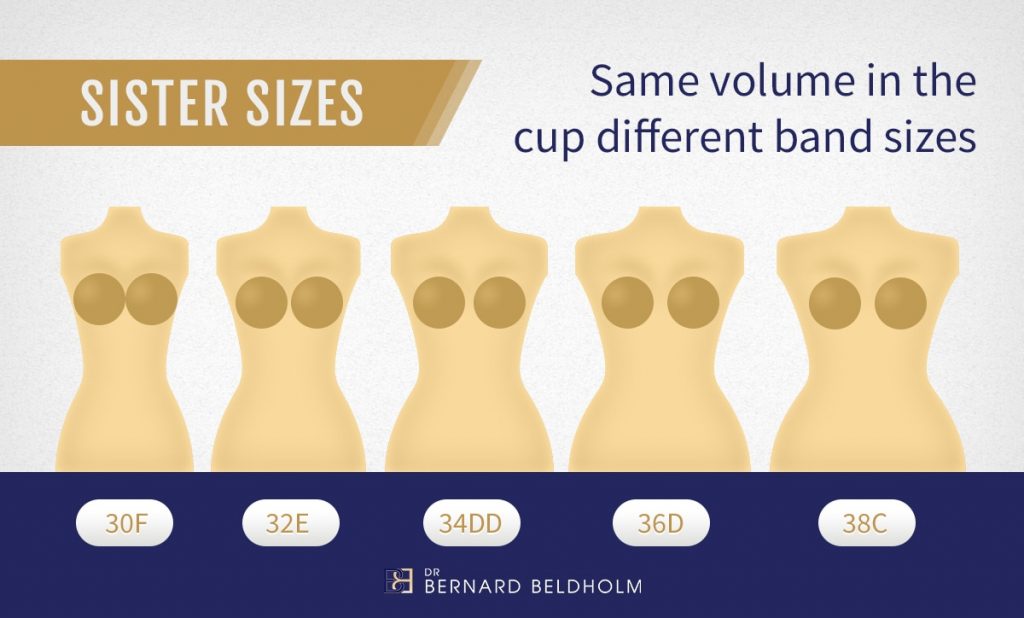 Up to this point, you’ve probably learned way more than you ever thought imaginable about obtaining the best bra fit and how not all sizes are created equal. Now you’re likely wondering, “What does it all mean when it comes to breast augmentation and trying to decide my cup size?” The answer is quite simple. Nothing! Breast implant size has absolutely nothing to do with bra cup size. Unfortunately, though, many patients become fixated on the cup size of their breasts rather than focus on achieving their best overall appearance. The size of their implants (rather than desired bra size) should complement their figure in a way that appeals to the patient. 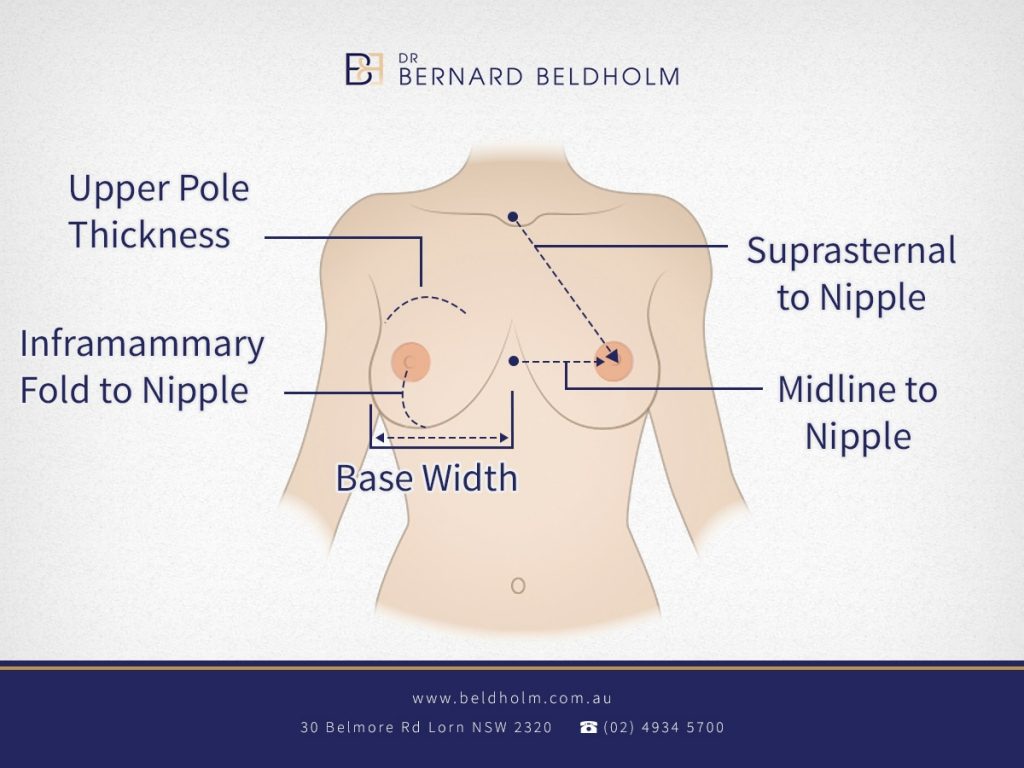 Determining the Breast Implants Size Prior to Surgery

This measure is from the top of the sternum to the nipple. It helps identify where on the chest wall that the breasts are and how saggy they are.

This measure will help decide the beast breast implants shape for you.

This measure is among the most important measure that we can do. It will determine what implants are able to fit your chest wall and the exact diameter that this implant will need to have. 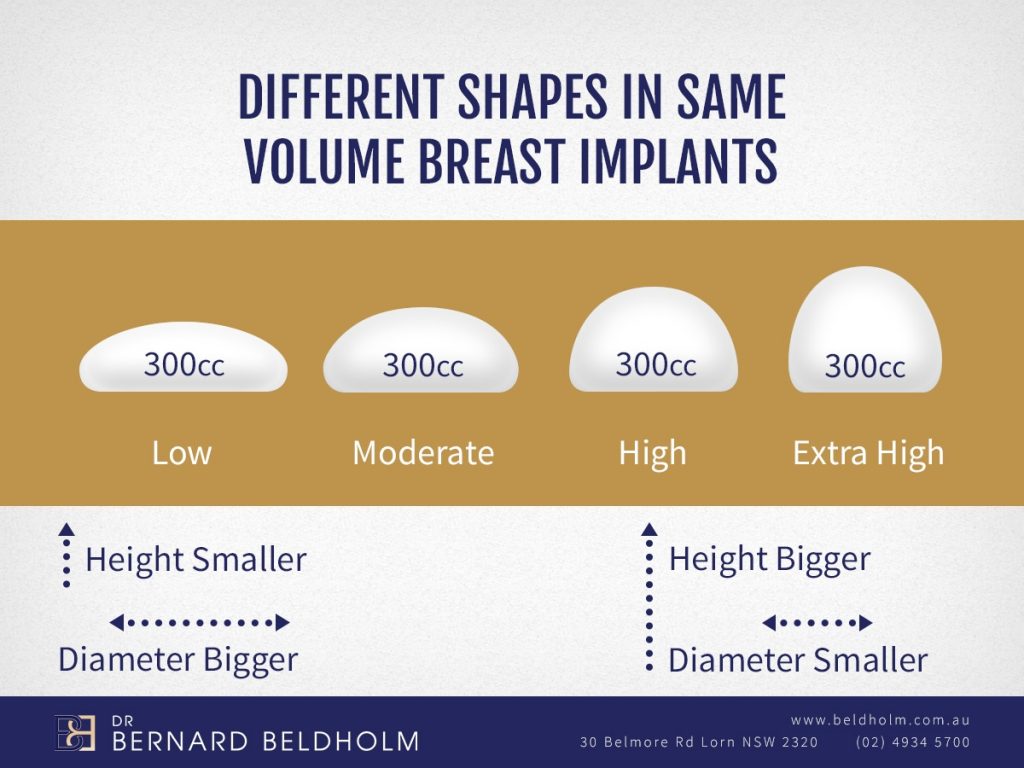 This is how thick the breast tissue is in the upper pole of the breast. It will determine if the implant needs to go under or above the muscle.

6. Position of the nipple in relation to the breast fold

This measure determines your cup size and band size. It helps us with ordering the appropriate surgical bra as well as determine the cup size that an implant will take the patient to. To determine the size of the band, we use the Victoria’s Secret measuring method. 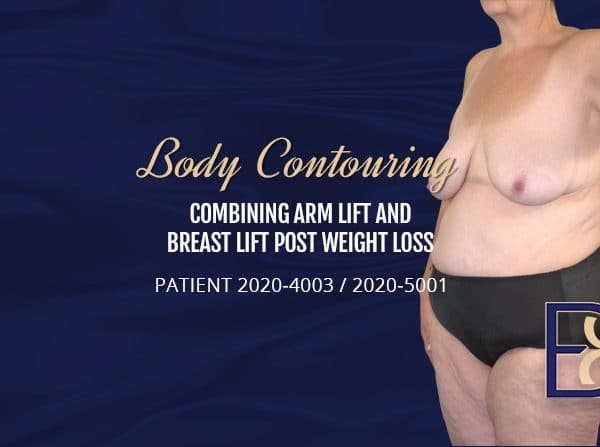 Operation Guide: Auto Augmentation Breast Lift and Arm Lift Surgery Many women are bothered by lax skin after weight loss. Most patients want to fix loose abdominal skin first. However, not everyone is concerned about excess tummy skin. For some women, it is really saggy breasts, droopy nipples and excess… 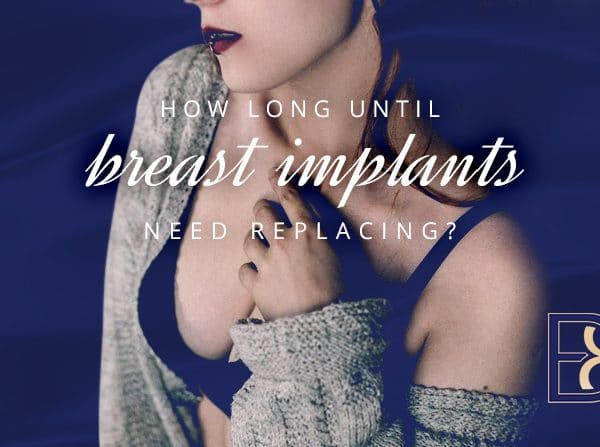 How do I Know When my Breast Implants Need Replacing?

How do I Know When my Breast Implants Need Replacing? If you’re considering implants or have had them for years, you are probably wondering when to replace breast implants. The questions may be spinning in your head. Do I have to replace implants every 10 years? I don’t want another… 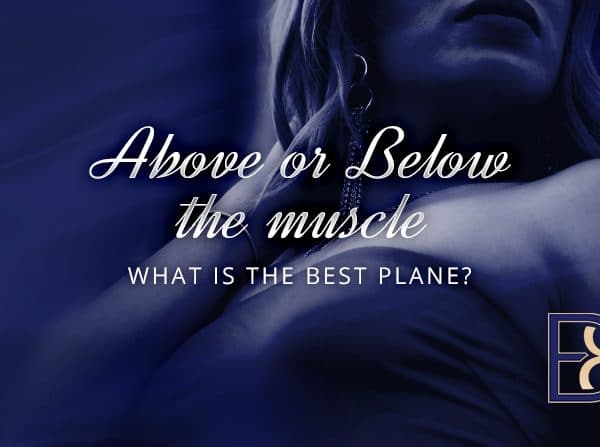 Which is Better? Under Muscle vs Over Muscle Implants

Which is Better? Under Muscle vs Over Muscle Implants Breast augmentation is the #1 cosmetic surgery procedure in the world. It has among the highest patient satisfaction ratings of any cosmetic surgery. If you have been thinking of getting breast implant surgery, there are some decisions you will have to…

Home » Comparing CC’s to Bra Cup Size: How to Choose the Breast Implants Right for You